We propose an efficient method for approximating arbitrary Gaussian densities by a mixture of Dirac components. This approach is based on the modification of the classical Cramér-von Mises distance, which is adapted to the multivariate scenario by using Localized Cumulative Distributions (LCDs) as a replacement for the cumulative distribution function. LCDs consider the local probabilistic influence of a probability density around a given point. Our modification of the Cramer-von Mises distance can be approximated for certain special cases in closed-form. The created measure is minimized in order to compute the positions of the Dirac components for a standard normal distribution. 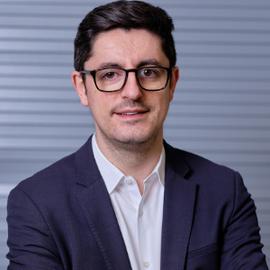